from VelA by Francesca Baines 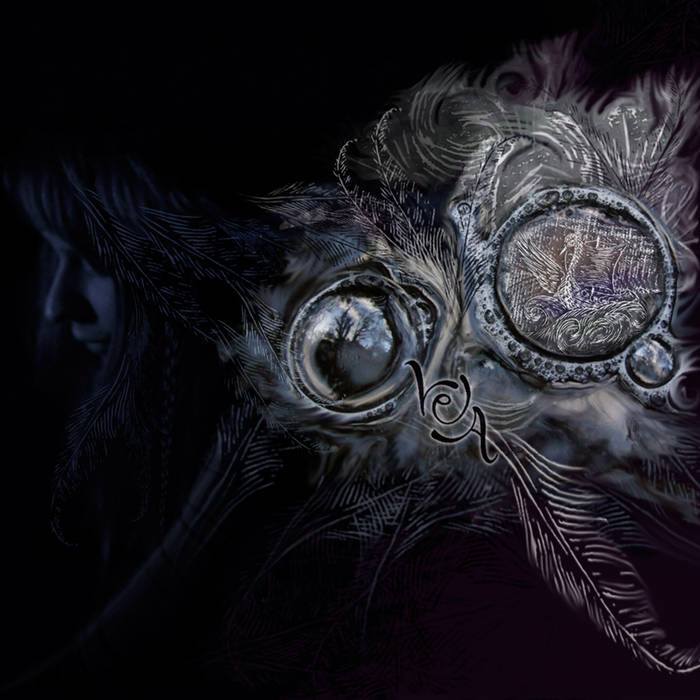 Uli Alto is a community of bold and unique people living off the beaten mountain tracks in Northern Spain. Some friends, an unforgettable group of French gypsy musicians named Txutxukan, were playing at a fiesta there, and so I drove my little Renault Clio until her engine threatened to burst up the gaping steps of mountainside rock; a goat path, and most definitely not a road. Abandoning the car I took the essentials and walked along the ridges until I had to admit I was very lost, without a single sign of human habitation, and yes it could have been wise to bring a torch and some water instead of a beer and a banjo. Well everything moves in circles and eventually this one came to its destination of bright people, colourful music and memorable moments. This song is for that magic week.
It was my father, Jeremy Baines, who felt and created the latino flavour of the 15/8 rhythms with his teapot and "hi-sock" (sock filled with mung beans) and in creating new timbres I came home to him surrounded by homemade cajons made with paint tins and split peas, rulers and wires. We really wanted to give the percussion a feel of people jamming around a campfire with whatever they had at hand, and that's why you'll hear me playing the cups and glasses, matches, claves and clapping on the record. In session this was my first time meeting cellist Bertrand Galen, who's characteristic improvisation at the end lead to, in my mind, a beautifully alive instrumental from all the musicians who played on this record; a rare occurrence in multi-tracking. Erik again worked so well illustrating the varying sentiments of the story and clarinetist and member of Txutxukan, Dylan Gully returned us to its time and place. This was the one of the toughest nuts to crack in the studio until Rik pressed mute on the banjo melody, et voila!

With the wild light of love in my eyes
And a taste for daring him to know
I had to abandoned my car in a ditch
and with a blanket, a bottle and a banjo

Many wrong turns make a right

And Dylan, you were jumping with the fire light
Your shadow hopping in and out of the night
To the music swinging 'round Uli Alto

An early rise for firewood felling
Yawning mist around the coffee cups
Chainsawing, car stereo yelling
At dusk we loaded up

Halloween:
Audré you rigged the trapeze
On the roof of your old caravan
We clambered on the logs to see
Your costume glaring brighter than sun

Spots, polka dots and frilly knickers
Lipstick striping further than your grin
Poof in a cloud, a cheap choke of hairspray
In a clowning cough you begin

To glide like a child, queen of the playground
Tumbling ties in terrifying knots
'Till you got tangled Boris had to save you
From strangling death as part of the act

I know the way by dark now

To Anna, you were playing by the fireside
the light of stars were dancing in your eyes
The moon was swinging 'round Uli Alto

"A spirited and spiritual intervention in the world-music it celebrates.”

Bandcamp Daily  your guide to the world of Bandcamp