Swan - the Lake of Cranes remix

by by r.kurkijávri & Francesca Baines 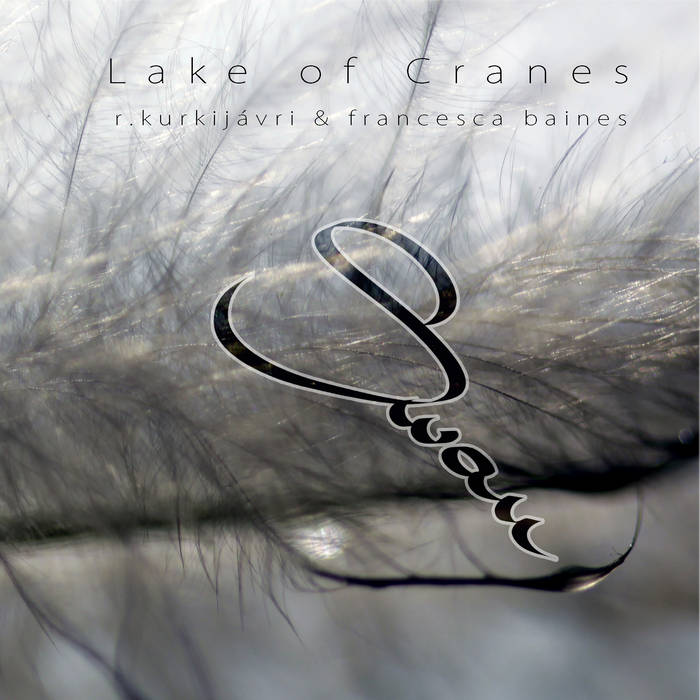 
Both dreamers, songwriters and multi-instrumentalists,
in Lake of Cranes, they forge electronic folklore;
by welding impressions of land and dreamscape, their
sonic environments intertwine to form a hypnotic,
yet stimulating fusion of lyrical engravings
and asymmetrical beats.

Their first piece 'Swan' was crafted over time and placed in Ireland, mixed in Spring, and released May 2012. In this 14 minute piece, dulcimers, electronic off-beats, and individually sampled voices and breaths of Francesca, meld into asymmetrical grooves to reflect the tidal inconstancies of time. As the dark reflection of a low flying white Swan is visible in the surface of water, so are the lyrics reflecting both sides of the story of Swan.

the swan he sang on my naked neck

the swan he sang on my naked neck

Mastered by Jon Astley at Close to the Edge, in May 2012.

"A spirited and spiritual intervention in the world-music it celebrates.”

Bandcamp Daily  your guide to the world of Bandcamp